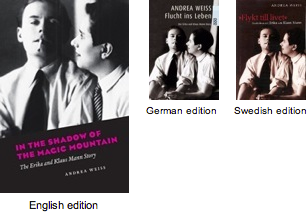 “A brilliant and important work of historical and literary portraiture.”—

“The lives and work of these women have been covered in other books, but Weiss’ effort stands head and shoulders above most of these… Witty, accessible, inspired, this is a thoroughly enjoyable book that you will keep coming back to.”   — Gay Times, London

“Andrea Weiss has told the fascinating, less well known story of the remarkable women artists and writers who made pre-war Paris the cultural capital of the world — riveting!”
— Edmund White 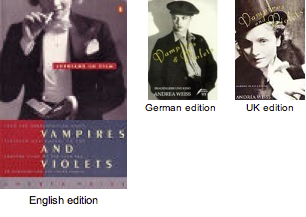 “After this informative, congenial, well illustrated and cleverly written book by filmmaker and historian Andrea Weiss, the cinema will never be the same!”  — Swiss Agenda (Bern, Switzerland)

“Women who love women have long been a taboo subject in the cinema, which is nonetheless rife with subtextual depictions of lesbian love.  The American cinema expert Andrea Weiss has given these discreet signs close inspection and decoded them.” — Die Zeit (Germany)

This illustrated study guide to the informative and enlightening documentary examines how gay people lived and supported and recognized each other in the days before the landmark disturbance at the Stonewall bar in New York in 1969, an event that gave new impetus to the gay rights movement in the U.S.